Washington, D.C. (January 24, 2022) — Following a year of tremendous growth, GovExec, the leading information services and insights company for government leaders and contractors, continues to tap industry leaders to further expand its portfolio of award-winning content platforms in 2022. GovExec is proud to announce the promotion of Bill Lucia to Route Fifty executive editor and the hires of Jessie Bur as Nextgov managing editor and Kery Murakami as a Route Fifty senior reporter. While furthering the individual missions of Route Fifty and Nextgov, Lucia,  Bur and Murakami will contribute to GovExec’s overarching  efforts to provide key insights for the nearly three million federal, state and local, and defense sector influencers that the company serves.

“Bill joined Route Fifty at its launch and continues to play a key part in the publication’s success. I’m excited to elevate him to executive editor. I’m also thrilled with our new teammates:  Jessie will bring a new edge to Nextgov’s technology coverage and Kery’s Congressional expertise will offer fresh insights to Route Fifty’s audience,” GovExec Editor-In-Chief Heather Kuldell said.

As executive editor, Lucia will shape Route Fifty’s national coverage of state and local government management news with Managing Editor Jean Dimeo. He helped launch Route Fifty in 2015 as a reporter and was promoted to senior editor in March 2021. During his time with the publication, he has written about issues such as public finance and budgeting, infrastructure, and the Covid-19 crisis. Previously, Lucia covered the Seattle city government as a staff writer for the Washington state-based news outlet Crosscut. Lucia holds a master's degree in public administration from the University of Washington's Evans School of Public Policy & Governance.

“It’s a pivotal moment for state and local governments, with the lingering effects of the pandemic, historic amounts of federal aid, and the recently passed infrastructure law,” Lucia said. “I’m excited to step into this role and to work with a talented team of colleagues to keep state and local leaders informed as they navigate these and other critical issues.”

Stepping into the role of managing editor, Bur will report directly to Executive Editor Frank Konkel and will be a critical player in overseeing and crafting Nextgov’s coverage of how federal agencies buy, use, and develop emerging technology. Prior to taking on this position, Bur was an associate editor and senior reporter at Federal Times. She also covered the tech beat for MeriTalk, publishing stories surrounding Congress, cybersecurity, the White House, and federal agency technology. Her work has garnered her accolades such as an American Society of Business Publication Editors award and the American Forensics Association’s “All- American Team Member” honor.

“We are experiencing a time in which technology is constantly evolving and shifting the ways in which agencies operate, and Nextgov is at the cutting-edge of these developments.  I am excited to be a part of this trajectory and to work with my colleagues in directing it," said Bur.

Joining the acclaimed team of journalists at GovExec’s Route Fifty is Kery Murakami. Murakami comes to Route Fifty from the Washington Times where his reporting focused on congressional matters that pulled from both sides of the political spectrum including the debate over the recent infrastructure package. He also covered topics like racial justice and disparities in voting regulations. In addition to his time there, Murakami's diverse writing has appeared in a number of other publications including Inside Higher Ed, Washington Post Express, Seattle Post-Intelligencer and the Seattle Times.

“As a local reporter at heart, I understand the important role that journalism has in communicating the trickle-down impact that federal and governmental decisions have on different communities. I look forward to continuing to explore these matters and how they shape our national direction with the award-winning editorial team at Route Fifty,” said Murakami. 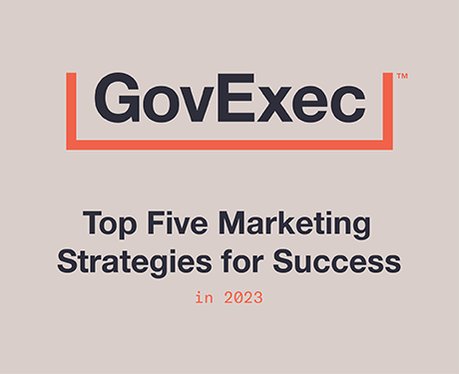