Timothy B. Clark, Editor at Large for GovExec, highlights the history of GovExec and its consistent legacy as an important player in the government ecosphere as it catalyzes the government mission.

So our leaders are teeing up a thought leadership series on our corporate blog. It’s designed to elicit insights from the people behind GovExec.

As the longest-serving staffer in the fold, I wanted to contribute. Might I shed insight, say, on why our brand-new “brand identity” is to be: “Catalyzing the Government Mission?” Surely Government Executive has been an important part of the government ecosphere. But a “catalyst?” I looked it up. “Catalyze” is principally used in science. But it can also mean to “bring about or inspire,” or “contribute to,” as in “a catalyst for change.” Yes, we have done some of that.

When I was running the show, I would argue that Government Executive was the “communications hub of the good government movement.” In our pages, we would often tell our readers what was going right, or wrong, in various corners of the government, hoping they might glean useful lessons from the stories we told. Also, working with first-rate organizations like the National Academy of Public Administration, Paul Volcker’s National Commission on the Public Service, and the Council for Excellence in Government, we mounted many events about the art and science of managing the huge institutions of the public sector. In league with the Pew Charitable Trusts and George Washington University, we devised an influential methodology for rating agencies on their performance.

We had boundless fascination with the challenges agencies confronted. How would the Defense Department meet its huge organizational challenges? Could the 22-agency merger that created the Homeland Security Department possibly work? How did NASA approach its ambitious Mars exploration program? Was Customs and Border Protection properly organized to control the nation’s borders?

Could the Education Department really make a difference with mandates like No Child Left Behind? Was the government up to tackling emergencies like hurricanes Katrina and Sandy? What could be done about rampant fraud and abuse in entitlement programs? Could agencies cooperate to effectively implement the complex Obamacare health reform law?

These kinds of management issues were rarely covered in any depth by larger media outlets. And still today, electoral politics dominates “mainstream” coverage—although the spending of trillions of dollars on anti-pandemic and economic recovery programs certainly competes for attention.

Our approach won us trust among many senior government leaders. Vice President Gore, for example, partnered with us in launching what became the Excellence in Government conference series.

Admiral Michael Mullen, first as Chief of Naval Operations and then as Chairman of the Joint Chiefs of Staff, joined me on stage at the National Press Club for five years running to frame the military’s current priorities. So did the other members of the Joint Chiefs. These interviews, along with editorial initiatives, informed our subscribers about how these huge organizations were tackling their issues. We are still at it. One of our leading publications, Defense One, has just published a series of articles on the state of the military services.

First-class journalistic exploration of the issues facing government institutions may in fact catalyze action and reforms. We can provide more clarity about them than is found in the dense bureaucratese of official statements.

Our analysis has often been more credible than official pronouncements from on high. The White House or Office of Management and Budget can undertake yet another management or reform initiative and paint rosy portraits of progress; we will cast an independent eye and tell it like it is.

It’s remarkable that our company remains so strong. We once were kings of print publication, at one point publishing 80-page issues twice a month. We abandoned print in 2015, down to six thin issues a year. But we had long laid plans for thriving on the very internet that had killed print advertising. Tom Shoop led our early-adoption website, GovExec.com, from 1996 to the present day. And the GovExec mothership spawned others: Nextgov. Defense One. Route Fifty.

These have proved useful and popular publications for the public sector. And our leaders have made new acquisitions—including The Atlas for Cities and City and State—to strengthen our efforts to dominate coverage of the U.S. public sector, providing it with data, insights, and intelligence that will drive smart decision making. GovExec now provides the kinds of essential—dare I say catalytic—services for those who lead our government institutions.

I sign off now, privileged to have worked for a fine institution. 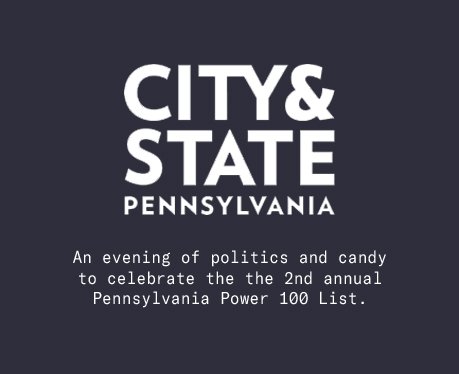