President Biden’s fiscal 2022 lays out several priorities “recommitting to good government” by empowering the federal workforce, investing in research and development, and bolstering the ability of federal agencies to serve Americans though:

To achieve these objectives, Biden’s proposed $6 trillion budget includes a whopping 16% increase in non-defense discretionary spending ($769 billion) and 1.7% increase for defense spending ($753 billion). Taken together, these actions will support the President’s Management Agenda as it takes shape in the coming month.

Federal Civilian and IT Outlook

This March marked a turning point for federal IT modernization projects when Congress passed a $1 billion infusion of cash for the Technology Modernization Fund (TMF) as part of the American Rescue Plan Act. Now, with the release of the fiscal 2022 budget, the Biden administration is doubling down with a proposed additional half a billion dollars. The request pushes federal agencies to continue modernization efforts of “standards-based platforms and commercial capabilities that replace highly customized government technology.”

As part of that modernization effort, the White House is asking Congress to appropriate $9.8 billion for federal agencies to improve their cybersecurity. Agencies will spend the requested funds according to the five functions of the National Institute of Standards and Technology’s cybersecurity framework with $3.6 billion towards protection – followed closely by identification, then detection, response and recovery. The Department of Homeland Security’s Cybersecurity and Infrastructure Security Agency (CISA) will receive the bulk with $1.7 billion plus $20 million reserved for a cyber response and recovery fund and support of the government-wide Continuous Diagnostics and Mitigation (CDM) program.

The budget also calls out support for the implementation of the Federal Data Strategy to provide a consistent framework of principles and practices that are intended to guide agencies as they continue to implement existing and future data initiatives. The federal civilian IT spending request is divided up into three “IT Portfolio” areas:

The fiscal 2022 budget is the first since 2011 that will not be limited by the Budget Control Act of 2011. Pentagon officials, who had long circumvented the budget caps by moving billions of dollars through the “emergency” Overseas Contingency Operations fund, are now requesting funds for wars and contingencies in the main, or base, budget.

Biden’s Pentagon budget focuses largely on R&D and forward leaning technologies that drive innovation and development of next-generation capabilities, calling for the largest-ever RDT&E investment with $112 billion, but getting Congress on board with plans to divest in legacy platforms to fund new capabilities will be a challenge. The key topline RDT&E numbers unveiled include:

Kathleen Hicks, the second-highest ranking civilian at the Department of Defense (DOD), spotlighted innovation as critical for computing with China, “we are in an era where platforms will always matter, but it’s the software, it’s the quick turn, it’s the munitions, it’s those pieces that make such a critical difference in our capability set, and that’s a different funding picture.”

While the DOD’s chief information officer is still working to finalize the aggregate cyber and IT budget items, one area that is certain to receive investment is the Defense Department’s commitment to a data-centric DOD. Laid out in the first enterprise wide data strategy, the Pentagon is working on a plan for major data programs like Advana, which integrates business systems into a unified platform, into the hands of the combatant commands. While JEDI is still under ongoing litigation, the Deputy Secretary of Defense recently noted that the move to a cloud architecture will be vital to how the Department innovates and achieves a data-centric military.

Also critical to the Administration’s new defense agenda will be how the Department approaches the future of work. The Air Force and Navy recently released memos and guidance to keep in-person staffing at the Pentagon at just 50 percent after the pandemic subsides. Officials rushed to expand remote access to defense networks in March of 2020. The forced experiment proved successful; nearly 90 percent of Pentagon employees say working remotely hasn’t hurt productivity. In June, the DOD CIO plans to release its higher impact level solution called Commercial Virtual Remote (CVR) to support mass telework.

GovExec Daily: Staffing at the IRS and the Biden Budget

U.S. Navy Punts on Building Fleet to Compete with China

Where’s the DOD IT Budget Breakdown 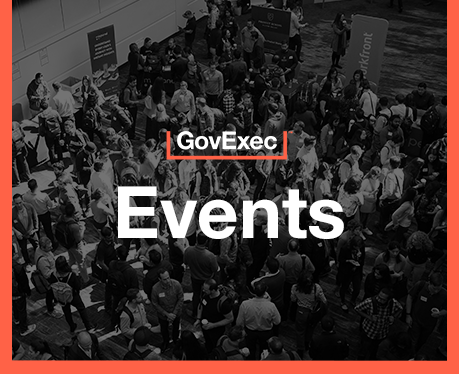